Editor’s Note: This article was originally published on December 1, 2017 and has been updated for accuracy and comprehensiveness.

While Trump’s executive order signed in the beginning of this year specifically targeted Middle Eastern countries (and since come to include other supposedly questionable countries), many corporate travelers are getting caught up in the political crossfire, and it’s costing them more than just a last-minute flight cancellation fee. Trump’s travel ban has a wider reaching effect than originally thought, and rather than helping travelers feel more secure, people are instead left dealing with issues they hadn’t anticipated. From immediate concerns regarding money to long-term ideas about corporate branding, here are three effects of Trump’s travel ban that business travelers have to now deal with. 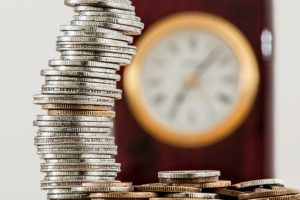 Time is money, and if you’re wasting both, you’re obviously not in a good spot as a business traveler — and that’s exactly the position that Trump’s travel has put a lot of people into. The Global Business Travel Association executive director Michael McCormick stated in an NPR interview given earlier this year that just a 1 percent decline in international business travel over a year could cost this country 71,000 jobs and $3 billion in wages. That was the estimated effect when just the first travel ban was announced, but now that even more countries have immigration restrictions placed on them, it goes without saying that the expected loss to businesses in America is now even larger.

The loss isn’t always so obvious as figures not meeting expected goals or falling short of last year’s milestones. Sometimes, the loss is less about hard cold numbers, and more about the people behind those numbers. The ban’s increased time for obtaining visa could deter potential business travelers, and along with them, their business intended to help boost America’s economy. As a corporate traveler, you’d know better than anyone that doing business is also about keeping up appearances, and unfortunately, America fails to keep a welcoming appearance as more travel restrictions are put into place, resulting in a loss of business.

But above all, Trump’s immigration policy and its reiterations waste our nation’s already scarce resources on top of putting us in an unfavorable light. The United Nations High Commissioner for Human Rights Zeid Ra’ad Al Hussein has stated that “The US ban is also mean-spirited, and wastes resources needed for proper counter-terrorism.” The fact that the policy unapologetically targets a specific demographic with little justification already questions the usefulness of such a needlessly aggressive policy. Instead of using these resources to help (like government funding to boost American small businesses owners), the lack of resources now available inadvertently hurt American businesses, put a damper on their travel plans, and worst of all, waste their (and your) time and money.

As if losing time and money wasn’t enough though, that was only just the beginning. Now even people who legally work and travel within America must suffer consequences of Trump’s latest immigration policy. This means that, unfortunately, not even visa-holders aren’t safe from the ban. A testament to this fact was revealed by the State Department in a report that stated at least 90,000 people have been affected by the ban. While 90,000 people seems like a small number, in the context of the amount of how many physical scientists are working in America, 90,000 is literally one-third of that working population. There are only 319,000 people working as physical scientists in America, which is astounding, since it is one of the most fastest growing fields today.

Of course, it is impossible to say that every single one of those people are physical scientists looking to make the next Nobel-prize worthy breakthrough. However, it is most certainly probable that among those 90,000 people are vital workers at companies in America who corporate traveler managers can no longer guarantee that they’ll be able to get back in America… and their jobs, leading to an overall lack of manpower available at these companies.

Coupled with the (unneeded) added strain due to a shortage of time and money, the lack of employees to get the work done due to Trump’s immigration policy leaves companies to deal with logistical nightmares that business travelers and their managers have to navigate through. Ultimately, this ever-evolving travel ban (with the latest update just happening last month), effectively stops companies from operating in good faith as they cannot tell when the President will put forth yet another policy that can complicate doing business. This is now the unfortunate reality we live in.

3. Reputation Down the Drain 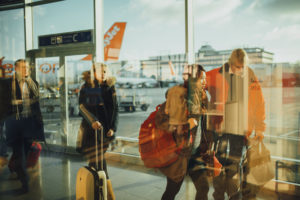 I wish I could say that the negatives ended here, but the all time, money, and effort wasted were only the beginning of a hard road to recovery for businesses in America. Companies now have their work cut-out for them, as the idea of “America” in general being a country of opportunity is slowly starting to erode in people’s minds, and along with it, their desire to travel to and from America. Furthermore, this kind of antagonizing immigration policy hurts not only citizens who have been unjustly discriminated against, but also businesses who rely on international partners to make their successes, and this is essentially a given due to globalization.

As Mr. McCormick said “You’re dealing with a perception and whether people are going to postpone that trip or find another way in the near term to accomplish their business.” Another way of looking at this whole entire situation is like this: they say trust in a relationship is the hardest thing to build up, but the easiest thing to tear down, and that is what exactly was exemplified in Trump’s latest series of immigration policies. He singlehandedly not only wore down the international community’s view of America, but also even Americans themselves are starting to question what exactly is the purpose of such an ineffective immigration policy that doesn’t seem to have the best thing in mind for them, including their businesses.

Unfortunately, the Supreme Court allowed the latest travel ban to take effect, and while travelers from affected countries can possibly still come to America, they will be subject to the inconveniences described above, if not an even harsher vetting process. Some even more unlucky people are barred from entering the United States entirely despite having previous valid documentation, such as work visas. While no reason has been given by the Supreme Court as to why they decided to over their own decision they made in June to stop Trump’s travel bans, there is an ongoing appeal process spearheaded by the American Civil Liberties Union in the lower courts.

For those that are able to travel, not everything has to be a pain to do when planning to go on a business trip. While Claire can’t solve our nation’s immigration policy issues, she can definitely make sure that any trip you book will at least comply with your company’s Travel and Expenses policy. Simply send Claire a text and your next flight is booked within 30 Seconds to your preferences and specification so that your travel goes as smoothly as possibly so you can travel in the fast lane while others might be slowed down.