“I think all you need is a face. This seems to be their big qualification.”

Imagine walking through the airport hands-free, never having to show ID to anyone.

We’ve seen phones replace paper tickets, but the next step will be to eliminate the stop-and-check rigamarole that even the most safety conscious of us can agree is a real pain. Far from some hypothetical sci-fi futurescape, biometric facial recognition technology will streamline and expedite this process, and it’s being implemented today. All you need is a face.

Under the current airport security process, you enter the airport and show your ID and ticket to the gate agent, then pull it out again at security, then put it away to go through the metal detector, then out again for immigration and once again at boarding. Biometric data is revolutionizing this process. Biometric data generally refers to scanning the face, iris or fingerprints. More specifically, facial recognition technology works by measuring distances and relative sizes between eyes, nose, cheekbones and jaw to create each person’s unique “faceprint.”

Face Technology in Airport Trials Around the Globe

AirAsia and British Airways are trialling document-free travel, and implementing it around the globe, from Singapore’s Changi Terminal 4 to LAX. A new web of biometric data is even sweeping across 15 airports in India, allowing for more seamless travel. In the US specifically, the Transportation Security Administration (“TSA”) will introduce biometric facial scans for passengers arriving and departing to the US in 2018. As one stated motivation, the facial scans will reduce the need for fingerprinting on arrival. The proposed process uses facial recognition software to compare a live photo to an individual’s previously submitted passport photo. Some of the expected benefits of removing the manual identity check are no more stop-and-check kiosks and greatly reduced security lines, which are some of the most frustrating aspects of plane travel. Biometric facial scans could speed up other airport processes, such as:

Do Travelers Want it? 64% Said Yes

More than 64% of travelers are in favor of biometric identification systems, according to a recent study that polled 10,600 passengers. Delta launched a self-service baggage drop powered by facial recognition technology. Who wouldn’t want that? There’s nothing more frustrating than starting your airport experience in an hour-long line to drop off your bags – staring daggers at the backs of those travelers in front of you.

But are passengers aware of the risks?

The Dangers of Face Recognition

Despite the stated goal to streamline the check in process, are there other motivations, possibly nefarious ones? Many travelers might willingly opt in to give up their biometric data without seriously considering how that data could be used against them. For example, could faceprint data be used to ramp up racial profiling? Or, will faceprint data submitted at the airport be shared with companies outside the airport? Hanging in the balance along with more speedy travel are the weighty privacy implications.

As a digital media attorney, I’ve drafted privacy policies which define the way that an Internet Service Provider (“ISP”) shares the personal data that users provide, such as email address or IP address. These terms cover:

In a recent Facebook scandal, more than 50 million Facebook users had personal data used without their knowledge by Cambridge Analytica, a British political consulting firm. Cambridge Analytica used data mining to extract a user’s personal information, along with their entire friends network, to create “psychographic profiles” that influenced voting during Trump’s presidential campaign in 2016. The targeted users did what most of us do when we download third-party apps. We quickly click “accept” on the tiny terms and conditions box and unknowingly grant access to our personal information. In this instance, the Facebook users could have no idea that their use of a third party app would make all of their connected friends’ data vulnerable to data mining. The results of the election demonstrate just how big of an impact data harvesting can have on our society.

The European Union is instituting the General Data Protection Regulation this year (“GDPR”), which also applies to United States companies that mine data from European users. The GDPR sets forth new rules that govern how ISP’s manage user data. One major change is that privacy policies need to be more user-friendly, cutting out legalese. Another change is that ISP’s must allow users control over storing versus deleting their information. Hopefully, these changes will reduce further breaches like the Facebook – Cambridge Analytica example.

In the US, some states are taking the lead in protecting their citizens against possible harms related to biometric data. For example, in 2008, Illinois passed the Biometric Information Privacy Act (“BIPA”) that requires companies to need written consent before storing your biometric identifiers. Under the law, individuals can sue for breaches. Texas, Washington and Colorado have all followed suit with their own legislation.

Targeted Advertisements Are Hunting Our Faces

If you’ve seen the futuristic films Minority Report or Blade Runner, you’ve noticed that advertisements will likely continue be unavoidable in our daily lives. In those movies, lage-scale, personally targeted and even interactive advertisements follow the films’ protagonists around the city incessantly. One logical byproduct of facial recognition is obtrusive, targeted advertisements. Have you ever felt creeped out when an item that you searched for on your computer “magically” pops up in your Instagram feed moments later? Well, you better get used to that feeling. With automated, targeted advertising linked to facial recognition, your browsing history will follow you around everywhere, not just in the browser sidebar while you shop Amazon, or your Instagram feed, but on the subway and on the street. 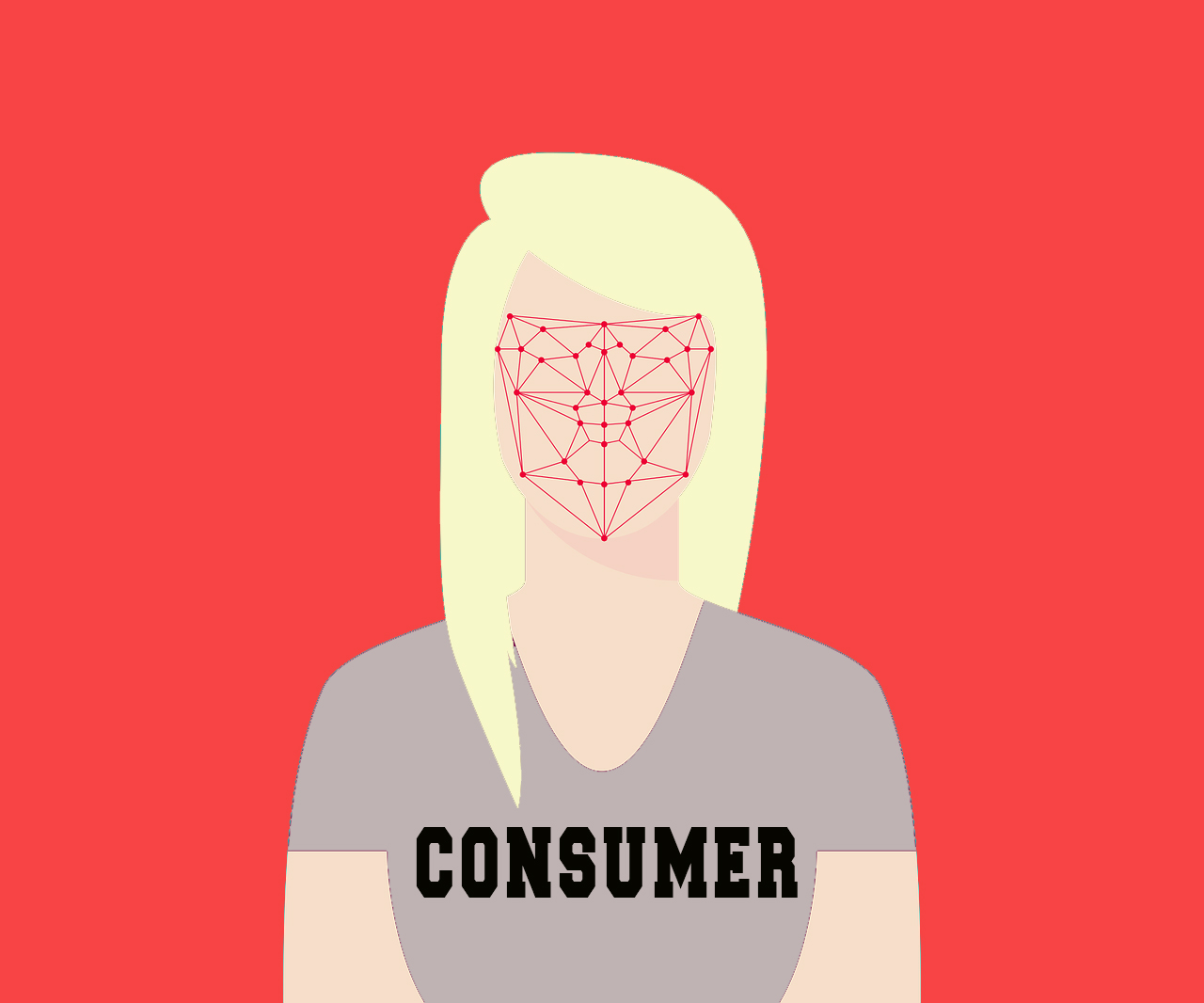 In a world where machines follow you around and constantly keep track of your whereabouts, doesn’t that limit your freedom?

If you’ve seen Citizen Four, or paid attention to revelations shared by CIA whistleblower Edward Snowden, you’re already aware that the US government has the power to use metadata from your phone and credit card to triangulate your position and essentially retrace your steps throughout the day. Facial recognition will add an additional, and more personal layer to our state of constant surveillance.

Constant surveillance disincentivizes dissent. As in George Orwell’s 1984, when Big Brother is always watching, your true self is censored. In a world where Minority Report-like cameras recognize us as we walk down the street, democracy is at risk.

The next time you fly, before you decide to enroll in the biometrics trials, please consider what you may be giving up besides the measurement of how many centimeters rest between your eyeballs. In the short term, you might be shaving a few minutes from your airport commute, and reducing the hassle of stop-and-checks; but, if dystopian works like 1984, Minority Report and Blade Runner offer any glimpses of truth in our future, you may also be stripping away some of your freedom in the long run. We advise you to pay attention to what is happening with your personal data when you download apps, make purchases and especially when you fly.